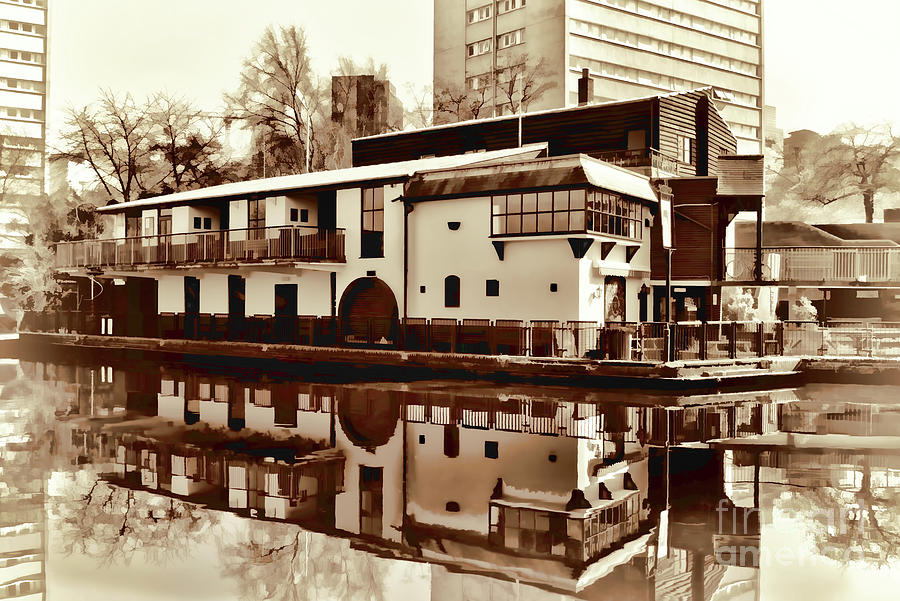 The Flapper music venue Once dubbed as “the epicentre of Birmingham’s Indie scene” by NME, The Flapper was home to one of the most iconic venues and pubs in the city. Located on the banks of Birmingham’s infamous Cambrian Wharf canal, The Flapper was a stone’s throw away from the Barclaycard Arena and is often used as a pre-gig venue for those heading to the arena.
Visitors could have expected loud music, fantastic views across the city’s canals and one of the largest beer gardens in Brum sadly the venue closed in January of this year will be greatly missed in the city and from further afield

What a wonderful place to discover and photograph! l/f

Excellent In Sepia With Reflections! L/F