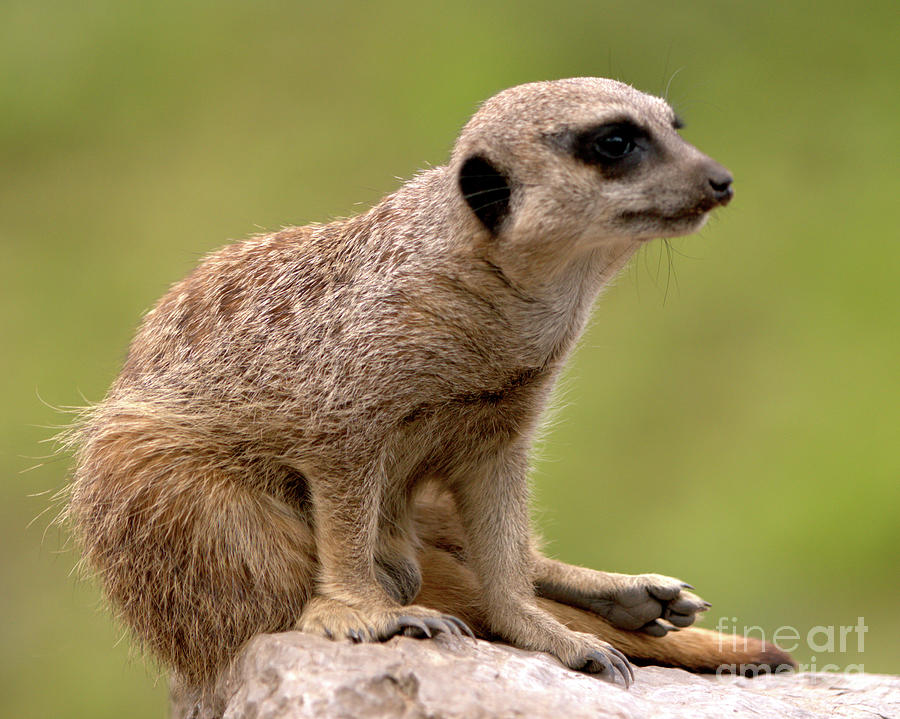 Meerkats are small burrowing animals, living in large underground networks with multiple entrances which they leave only during the day, except to avoid the heat of the afternoon.They are very social, living in colonies.Animals in the same group groom each other regularly. The alpha pair often scent-mark subordinates of the group to express their authority. There may be up to 30 meerkats in a group.
To look out for predators, one or more meerkats stand sentry, to warn others of approaching dangers. When a predator is spotted, the meerkat performing as sentry gives a warning bark or whistle, and other members of the group will run and hide in one of the many holes they have spread across their territory.
Meerkats also babysit the young in the group. Females that have never produced offspring of their own often lactate to feed the alpha pair's young. They also protect the young from threats, often endangering their own lives. On warning of danger, the babysitter takes the young underground to safety and is prepared to defend them if the danger follows.

Yet another great capture! L/F

Aww, what a fabulous capture of this cute little guy!!! Wonderful, Stephen!!! :)))vf

This is adorable, with a great title. f/l

Thank you Sarah appreciated as always