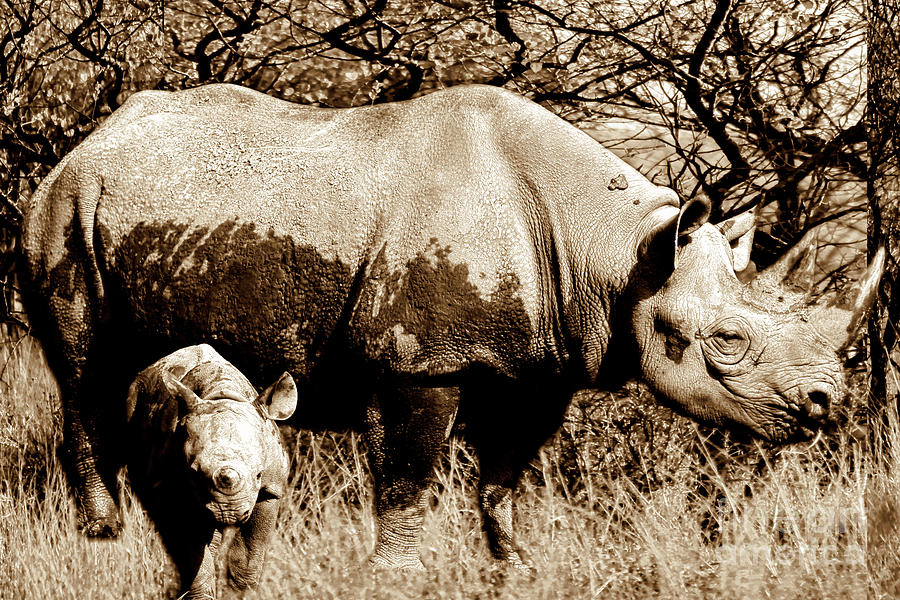 European hunters are responsible for the early decline of black rhino populations. It was not uncommon for five or six rhinos to be killed in a day for food or simply for amusement. European settlers that arrived in Africa in the early 20th century to colonize and establish farms and plantations continued this senseless slaughter. Most people regarded rhinos as vermin and exterminated them at all costs.
“DOOMED.” That was the front page headline of the UK newspaper, the Daily Mirror, in 1961, accompanied by a full-page photo of two African rhinos. The article said that rhinos were “doomed to disappear from the face of the earth due to man’s folly, greed, neglect” and encouraged readers to support a new conservation organization: WWF. We’ve been fighting to protect African rhinos ever since. Recent success in black rhino conservation is heartening, but a lot of work remains to bring the population up to even a fraction of what it once was – and ensure that it stays there.