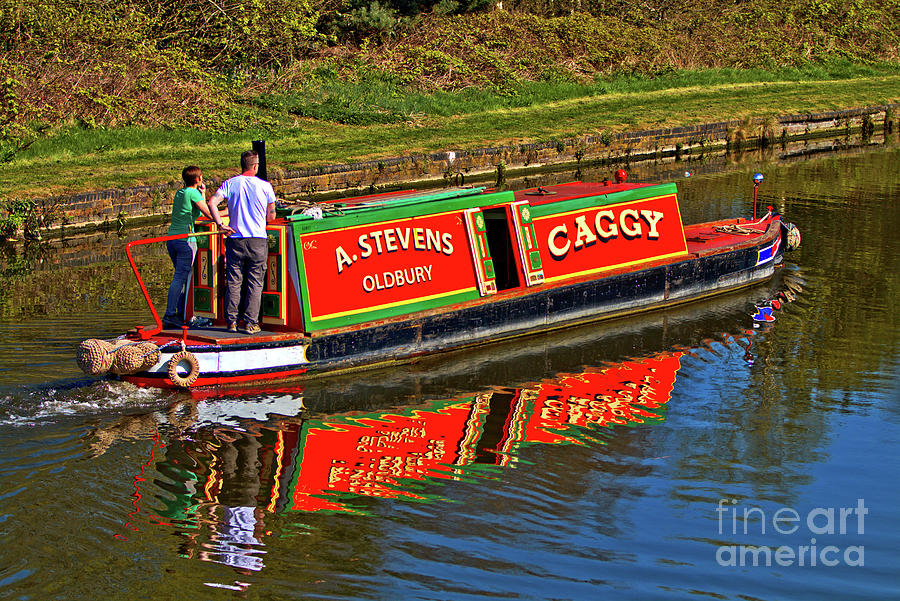 It’s generally believed that ‘Caggy’ originated as one of a number (perhaps up to 16) ‘wartime’ 40’-ish tugs ordered by the Ministry of War Transport and built by Harris Brothers of Bumblehole.
The majority of the fleet were given patriotic aircraft names such as Spitfire, Typhoon, Defient, Hurricane and Tempest. It’s likely that part of the design brief would have been to enable the tugs to also act as ice-breakers, and this could have informed the shape of their tapered profile.
People think it likely that the tug had a different ‘aircraft-orientated’ name when initially owned by the coal merchant F. Folkes of West Bromwich before she passed to Oldbury steerer and boat owner Alan ‘Caggy’ Stevens.

Fabulous! I'd love to see this! l/f