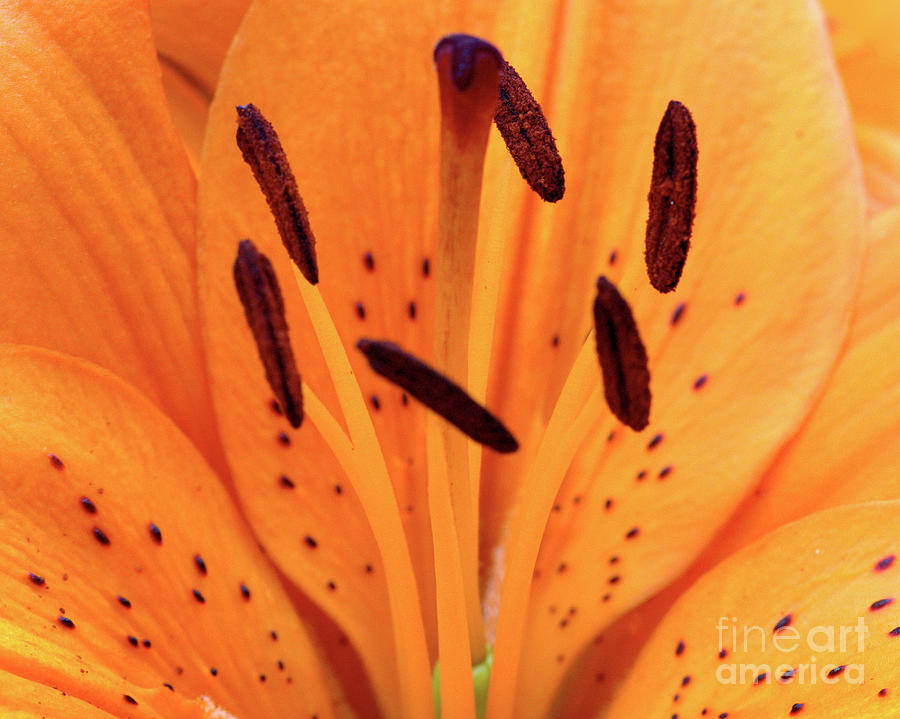 Macro of the bloom of a Tiger Lilie the Tiger Lily, bears large, fiery orange flowers covered by spots. The name tiger probably refers to the spots on the petals.The Tiger Lily has a strong, sweet and distinctively lily smell. Besides producing a stunning spectacle, most parts of this plant are edible.There is an old legend from Asia about the Tiger Lily. A Korean hermit helped a wounded tiger by removing an arrow from its body. The tiger asked the hermit to use his powers to perpetuate their friendship after his death. The hermit agreed and when the tiger died, his body became a tiger lily. Eventually the hermit drowned and his body was washed away. The Tiger Lily spread everywhere searching for its friend.

Beautiful macro! You have a talent for macros! l/f

You are so welcome was my absolute pleasure!!

Stephen, gets a G-rating...for your Gifted, Glorious macro photography, of a soft Gentle flower, of Gorgeous hues of the color orange. Great capture!! 💕And favorite Janet

One of my favorite flowers. l/f

I am partial to florals. Up close and full of the details, which I find most interesting. Beautiful! LF