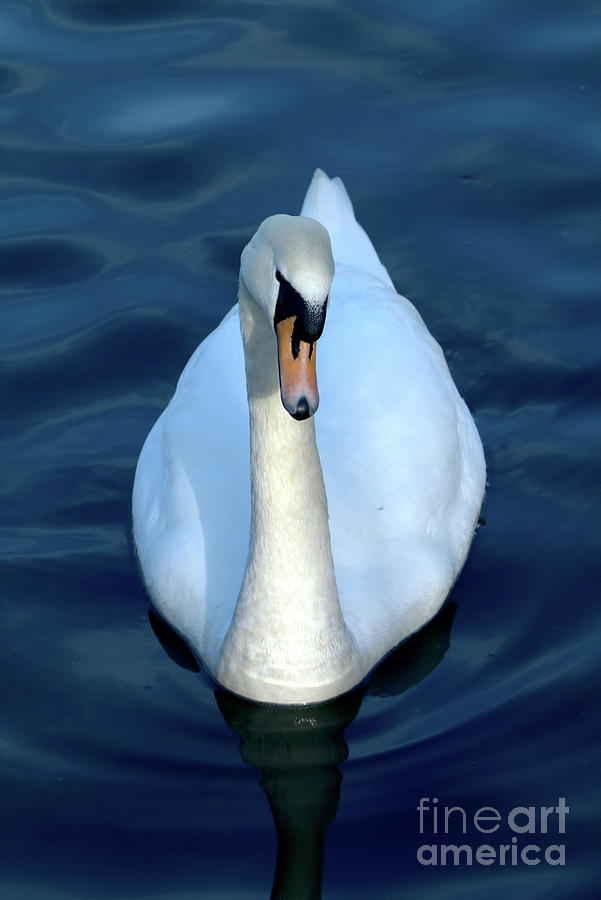 Alone mute swan staring into the camera waiting to be fed,(Cygnus olor) is a species of swan and a member of the waterfowl family Anatidae. It is native to much of Eurasia, and (as a rare winter visitor) the far north of Africa. It is an introduced species in North America, Australasia and southern Africa. The name 'mute' derives from it being less vocal than other swan species. Measuring 125 to 170 cm (49 to 67 in) in length, this large swan is wholly white in plumage with an orange beak bordered with black. It is recognisable by its pronounced knob atop the beak, which is larger in males.The mute swan is one of the heaviest flying birds. In several studies from Great Britain,Young birds, called cygnets, are not the bright white of mature adults, and their bill is dull greyish-black, not orange, for the first year. The down may range from pure white to grey to buff, with grey/buff the most common. The white cygnets have a leucistic gene. Cygnets grow quickly, reaching a size close to their adult size in approximately three months after hatching. Cygnets typically retain their grey feathers until they are at least one year old, with the down on their wings having been replaced by Flight feathers earlier that year.

such a beauty Stephen