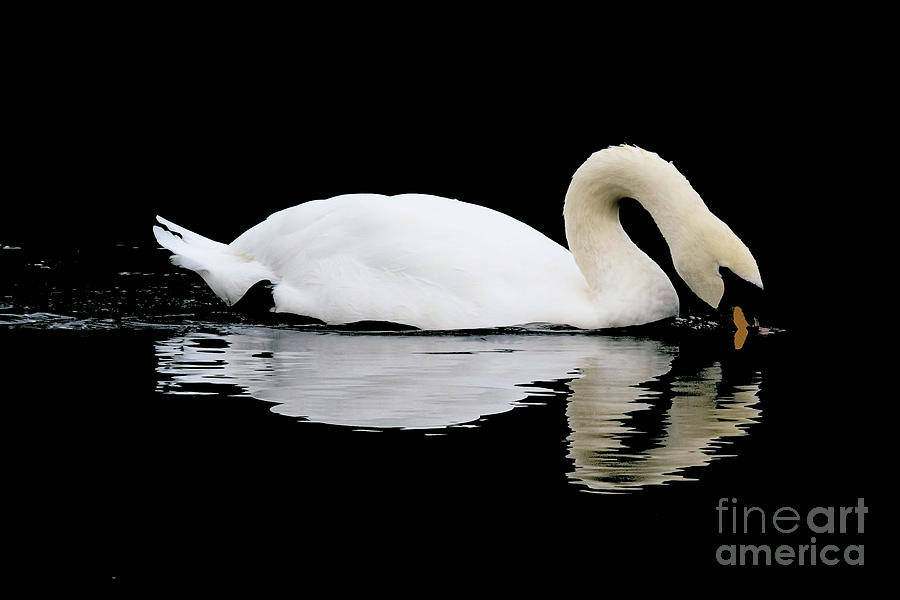 The mute swan was first formally described by the German naturalist Johann Friedrich Gmelin as Anas olor in 1789, and was transferred by Johann MatthĂ€us Bechstein to the new genus Cygnus in 1803. Both cygnus and olor mean "swan" in Latin; cygnus is a variant form of cycnus, a borrowing from Greek ÎșÏÎșÎœÎżÏ kyknos, a word of the same meaning.Despite its Eurasian origin, its closest relatives are the black swan of Australia and the black-necked swan of South America, not the other Northern Hemisphere swans. The species is monotypic with no living subspecies.Mute swan subfossils, 6,000 years old, have been found in post-glacial peat beds of East Anglia, Great Britain. They have been recorded from Ireland east to Portugal and Italy, and from France, 13,000 BP (Desbrosse and Mourer-Chauvire 1972â1973).[full citation needed] The paleosubspecies Cygnus olor bergmanni, which differed only in size from the living bird, is known from fossils found in Azerbaijan.

Love the strong contrasts here of black and white with that touch of gold on its beak and with the mirrored reflection in the water: stunning! . . . .fv

Wow, Stephen, this is awesome - love it. f/l

This is one very elegant capture - gorgeous. f

wow this is so wonderfully lovely my friend.

So beautiful against the black. Wonderful reflection!

Beautifully captured in all its elegance.

This is grace and elegance, your title is perfect, such a fave Stephen

A beautiful image of this wonderful swan Stephen. Great reflection too! l/f

Stephen, this is beyond words - OMG. f/l