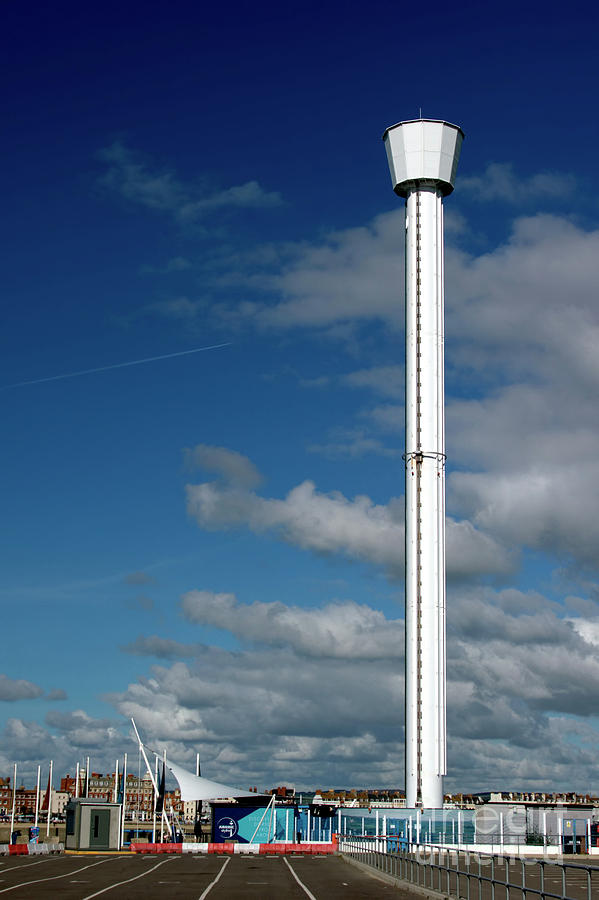 The tower, designed as a tourist attraction, was built at a cost of £3.5 million. The construction of the tower and observation pod took eight months, from the start of foundation works (the foundations go 18 metres into the sea bed) in October 2011, to the completion of the ground-level reception building at Festival Pier in June 2012, in time for the Olympic events. It was designed in Germany, built in Hungary and France, before being shipped in sections to be assembled on site.The tower was funded by private money and was the latest in the 90-strong worldwide attraction network operated by the Poole-based Merlin Entertainments, who also owns Weymouth Sea Life Park and the Pirate Adventure Golf at Lodmoor Country Park.

Fabulous composition and color, Stephen, and such an awesome sky!!! :)))vf

Fantastic capture of this awesome tower and background !!! l/f