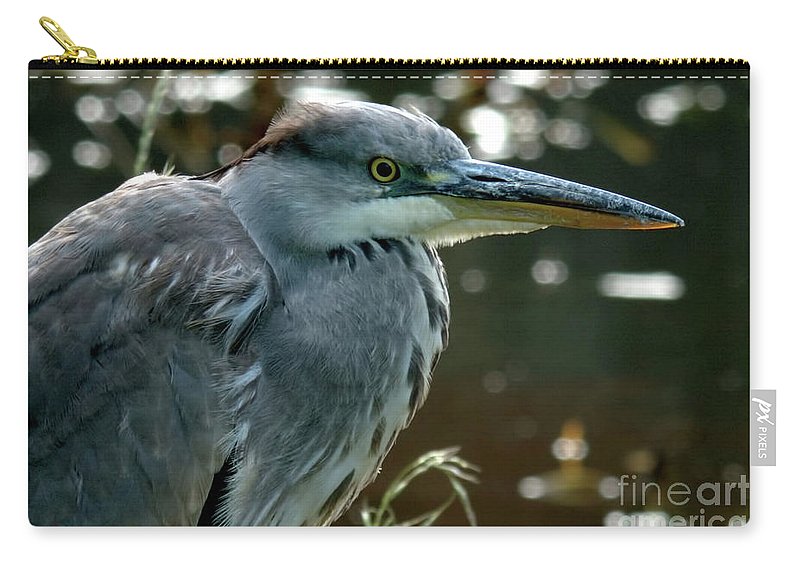 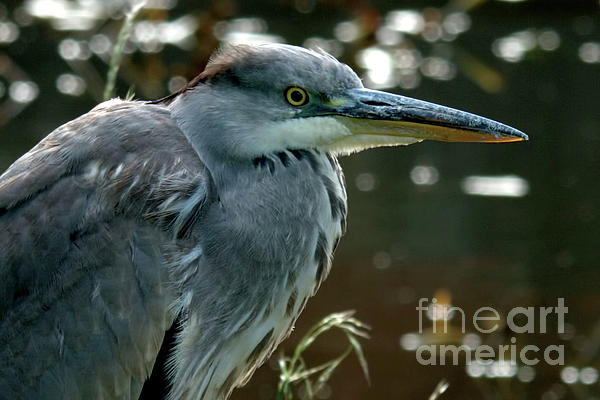 Boundary: Bleed area may not be visible.

Click and drag to re-position the image, if desired.

The watermark at the lower right corner of the image will not appear on the final product.

The image is near the edges of the product but doesn't cover the entire product.   Some of the background color may appear around the outside edges of the image.

Dress it up, dress it down, or use it to stay organized while you're on the go.   Our carry-all pouches can do it all.   They're crafted with 100% poly-poplin fabric, double-stitched at the seams for extra durability, and include a durable metal zipper for securing your valuables.

Our carry-all pouches are available in three different sizes and with two different bottom styles: regular and t-bottom.

The herons are the long-legged freshwater and coastal birds in the family Ardeidae, with 64 recognised species, some of which are referred to as... more

Spot clean or dry clean only.

Excellent closeup of the lovely heron, Stephen. And so cute title! t/g+

Beautiful capture of this heron! Love the title! l/f/g+/t

Fabulous closeup of this graceful and intent bird, Stephen! l/f/t

Absolutely GORGEOUS Stephen ♥♥♥ they are my favorite heron of all. We used to have one at a park here, it would come ever summer. I literally could be 10 feet in front of him at all times, he didn't care. Have photos of him eating fish, dragonflies, chipmunks♥ he never returned, but it was spectacular ♥ L/F

Lovely to feel you witness something special and all the time its they who are letting you .

The herons are the long-legged freshwater and coastal birds in the family Ardeidae, with 64 recognised species, some of which are referred to as egrets or bitterns rather than herons. The herons are medium- to large-sized birds with long legs and necks. They exhibit very little sexual dimorphism in size. The smallest species is usually considered the little bittern, which can measure under 30 cm (12 in) in length,The herons are a widespread family with a cosmopolitan distribution. They exist on all continents except Antarctica, and are present in most habitats except the coldest extremes of the Arctic, extremely high mountains, and the driest deserts. Almost all species are associated with water; they are essentially non swimming waterbirds that feed on the margins of lakes, rivers, swamps, ponds, and the sea. They are predominantly found in lowland areas, although some species live in alpine areas, and the majority of species occurs in the tropics.