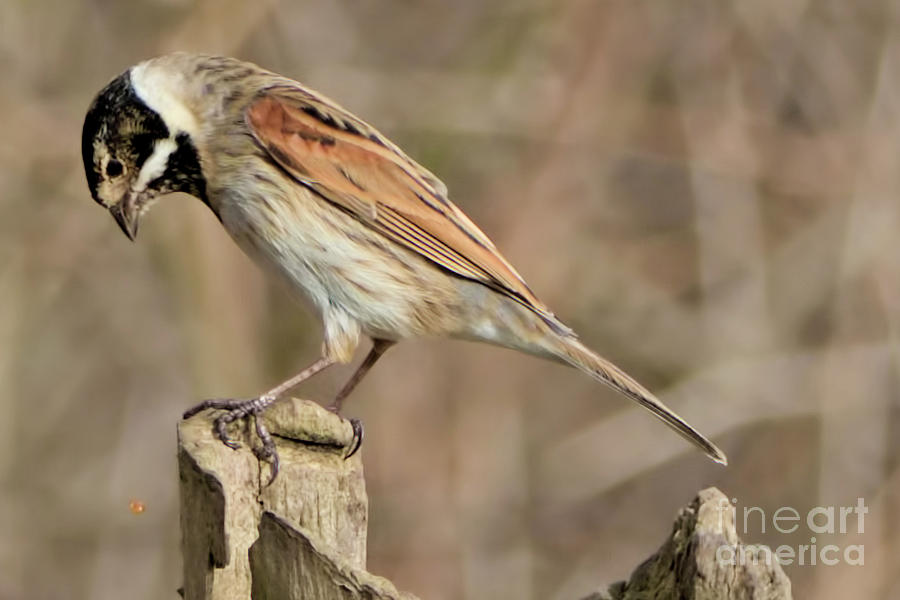 Sparrow-sized but slim and with a long, deeply notched tail, the male has a black head, white collar and a drooping moustache. Females and winter males have a streaked head. In flight the tail looks black with broad, white edges.It breeds across Europe and much of temperate and northern Asia. Most birds migrate south in winter, but those in the milder south and west of the range are resident. It is common in reedbeds and also breeds in drier open areas such as moorland and cultivation. For example, it is a component of the purple moor grass and rush pastures, a type of Biodiversity Action Plan habitat in the UK. It occurs on poorly drained neutral and acidic soils of the lowlands and upland fringe.Its natural food consists of insects when feeding young, and otherwise seeds. The nest is in a bush or reed tussock. 4–7 eggs are laid, which show the hair-like markings characteristic of those of buntings.

This photograph has excellent detail! And so close!