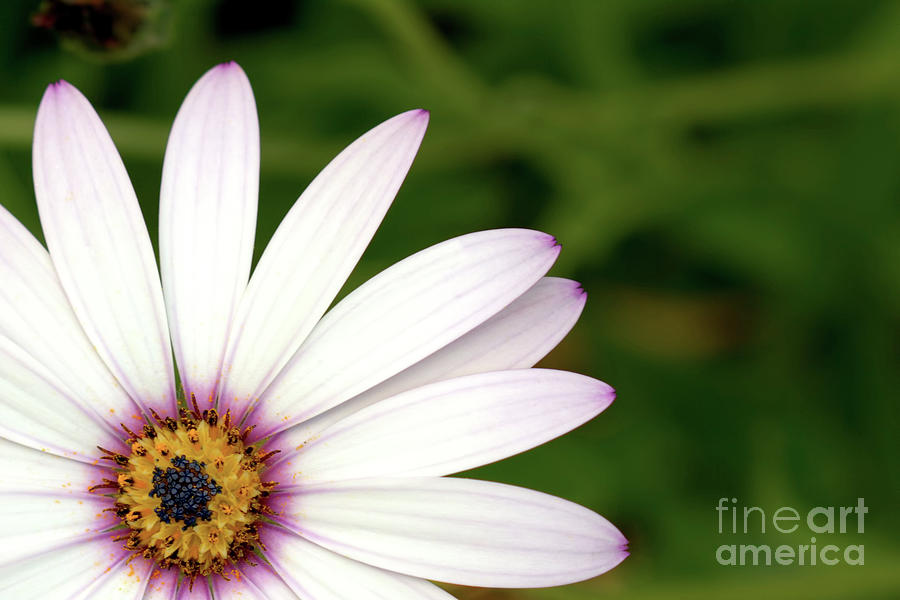 The daisy-like composite flower consists of disc florets and ray florets, growing singly at the end of branches or sometimes in inflorescences of terminal corymbose cymes. The disc florets are pseudo-bisexual and come in several colors such as blue, yellow and purple. The hardy types usually show a dark blue center in the disc until the yellow pollen is shed. The ray florets are female and are found diverse colors such as white, cream, pink, purple, mauve to yellow. Some cultivars have "spooned" petals such as "Pink Whirls". Many species flower a second time late summer, stimulated by the cooler night temperatures. Hardy types show profuse flowering in the spring, but they do not get a second flush of flowers.

I must tell you Stephen, I love all your flowers!! All so beautifully captured in such lovely ways!! LV/FV Janet

Much appreciated Mitch as always

Perfect capture of the white flower, Stephen. White is often not easy but yours ous superb! Lf

Love this style and elegance! Beautiful!