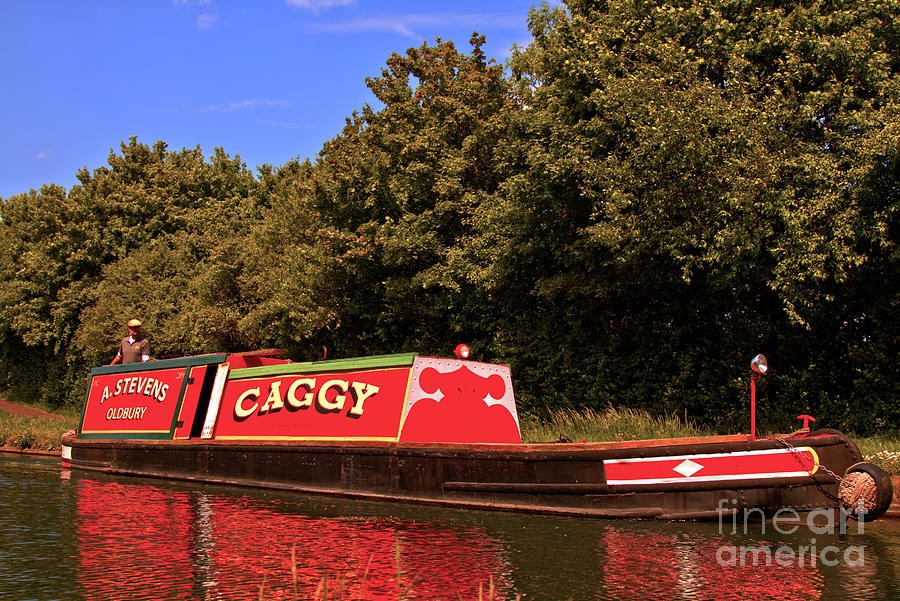 Work Boat Caggy at Factory locks Tipton Uk bright summers day ,It is believed she was one of 16 commissioned by Winston Churchill in 1941 for the War effort. All were originally named after aircraft and Caggy's original name is believed to have been 'Dakota'.
Caggy was built by Harris Brothers at Bumblehole in Netherton around 1944. These narrowboats were built as ice breaking tugs with a very distinctive bow and barrel sides.
She was initially owned by the coal merchant F. Folkes of West Bromwich before she passed to the renowned Tipton/Oldbury steerer and boat owner Alan Stevens - as Alan Stevens was left handed he was better known by his nickname 'Caggy' Stevens.
'Caggy' Stevens was one of the last commercial boatmen to operate on the BCN and used Caggy on steerage contracts well into the 1980's.