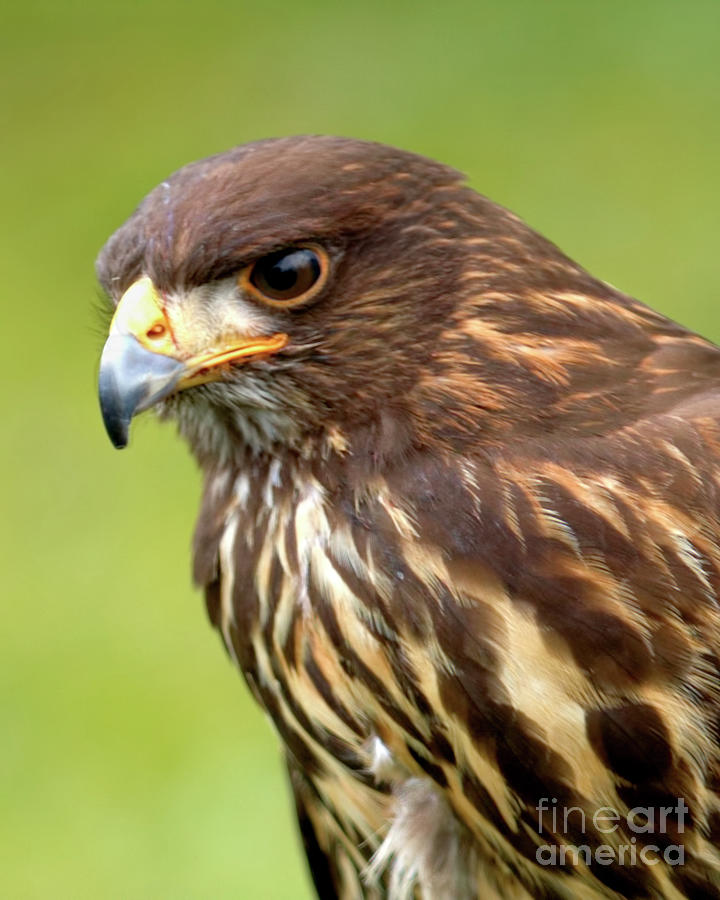 The Harris's hawk formerly known as the bay-winged hawk or dusky hawk, is a medium-large bird of prey that breeds from the southwestern United States south to Chile, central Argentina, and Brazil.The Harris Hawk is one of the most popular birds used in the sport of falconry. It was named the Harris Hawk by John James Audubon, a famous nineteenth century naturalist, named after his friend and fellow naturalist Edward Harris. Although it is called a ‘hawk’ it is not actually part of the hawk family, but is more closely related to the buzzard family. Its scientific name ‘parabuteo’ means buzzard-like, and ‘unicinctus’ means ‘once girdled’, referring to the belt of white feathers on the end of their tail.

Thank you for your lovely comments Beth appreciated always

Wonderful detail !! and such a mean look !!

Thanks Ben much appreciated

just majestic, I love it Stephen. L/f and tweet

Thank you Kay comments much appreciated

Thank you very much Guido appreciated